Since the opening of fruit imports in Indonesia (Indonesian Minister of Trade Decree No. 135, 1991), the Indonesian market was flooded by imported fruit. Initially, imported fruit only found in the supermarket and then extended to traditional markets and roadside stalls in urban retail, primarily in some of the port city. It was not too long, the imported fruit spread to various parts of the region and even into the rural areas. Indeed, Indonesia with a population of 200 million was a good fruit export destination of subtropical and tropical countries.

This situation was troubling many people. In 1995 some of figures at least four institutions: Bogor Agricultural University, Indonesian Agency for Agricultural Research and Development Ministry of Agriculture, National Research Council, the Ministry for Research and Technology discussed about this conditions. At that discussion was revealed that in Indonesia the research activities were structured just since 1970, for 25 years and three (3) institutions that conducted research are: Universities, Development Research, Department and Non Department were have been doing their research by their own way.

The research funds were too small and had very short period of research, so that the result had not been meaningful. Some conference led to bring together the research strengths of the institutions to become one of national research strengths. As a commitment of IPB on May 3, 1996, Center for Tropical Fruits (PKBT) was established, and inaugurated by Rector Decree IPB No.027 /Um/1996. Inauguration of  Center for Tropical Fruit which born on May 3, 1996 was held on 15th November 1997. The event was attended by various institutes: The Ministry of Agriculture, Higher Education, Banking, Indonesia Fruit Community, and Bogor Agricultural University, also Director of PT. Mekarsari. Ir. Siti Hutami Sri Endang Adiningsih. In this event the inauguration PKBT was legitimated by Rector IPB, Prof. Dr. Ir. Soleh Solahuddin. 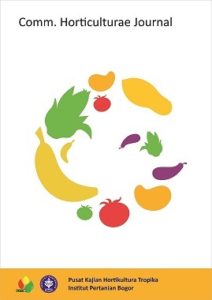 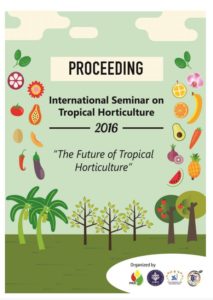